Grandmont Rosedale Artists to be Featured in Art Show 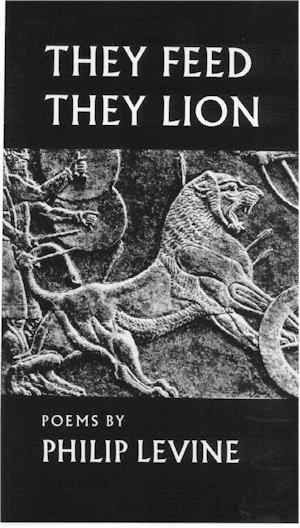 On Friday, June 13 from 5-7pm, Grandmont Rosedale artists will be featured in the art show entitled “They Lion Grow:  A Detroit Art Show, Vol. III” at Always Brewing Detroit, 19180 Grand River.  This theme of this art opening is based on the poem “They Feed They Lion” by fellow Detroiter, Philip Levine.  Best known for his poems about working-class Detroit, Levine attended Wayne State University, worked several industrial jobs including the night shift at Chevrolet Gear and Axle, and eventually earned an advanced degree in writing. Levine’s ability to express his experiences in Detroit led him to earn several poetry awards, and in 2011 Levine was named the 18th poet laureate by the Library of Congress.

According to curator Jessica Meyer, Levine’s poem “They Feed They Lion” “captures the anger that builds in the oppressed.” Jessica envisions the art show as “a way to give a voice to the neighborhood of Grandmont Rosedale.”  Local residents are encouraged to exhibit their work, whether it’s poetry, or music, paintings, photography, pottery or woodworking.  This art show is the first in a two-show series at ABD that will showcase local artistic talent.  Another opening at Always Brewing Detroit will take place on August 15 from 7-10pm.  Jessica hopes that the title for this art show will be inspired by a poem from a Grandmont Rosedale poet.  If you are interested in exhibiting your art or performing music, contact Jessica Meyer at Jmeyer0322@gmail.com.

They Feed They Lion

Out of burlap sacks, out of bearing butter,

Out of black bean and wet slate bread,

Out of the acids of rage, the candor of tar,

Out of the gray hills

Of industrial barns, out of rain, out of bus ride,

West Virginia to Kiss My Ass, out of buried aunties,

Out of the bones’ need to sharpen and the muscles’ to stretch,

Gutted cars, earth is calling in her little ones,

From the ferocity of pig driven to holiness,

From the furred ear and the full jowl come

The repose of the hung belly, from the purpose

From the sweet glues of the trotters

Come the sweet kinks of the fist, from the full flower

Of the hams the thorax of caves,

Come they Lion from the reeds of shovels,

The grained arm that pulls the hands,

From my five arms and all my hands,

From all my white sins forgiven, they feed,

From my car passing under the stars,

They Lion, from my children inherit,

From the oak turned to a wall, they Lion,

From they sack and they belly opened

And all that was hidden burning on the oil-stained earth

They feed they Lion and he comes.