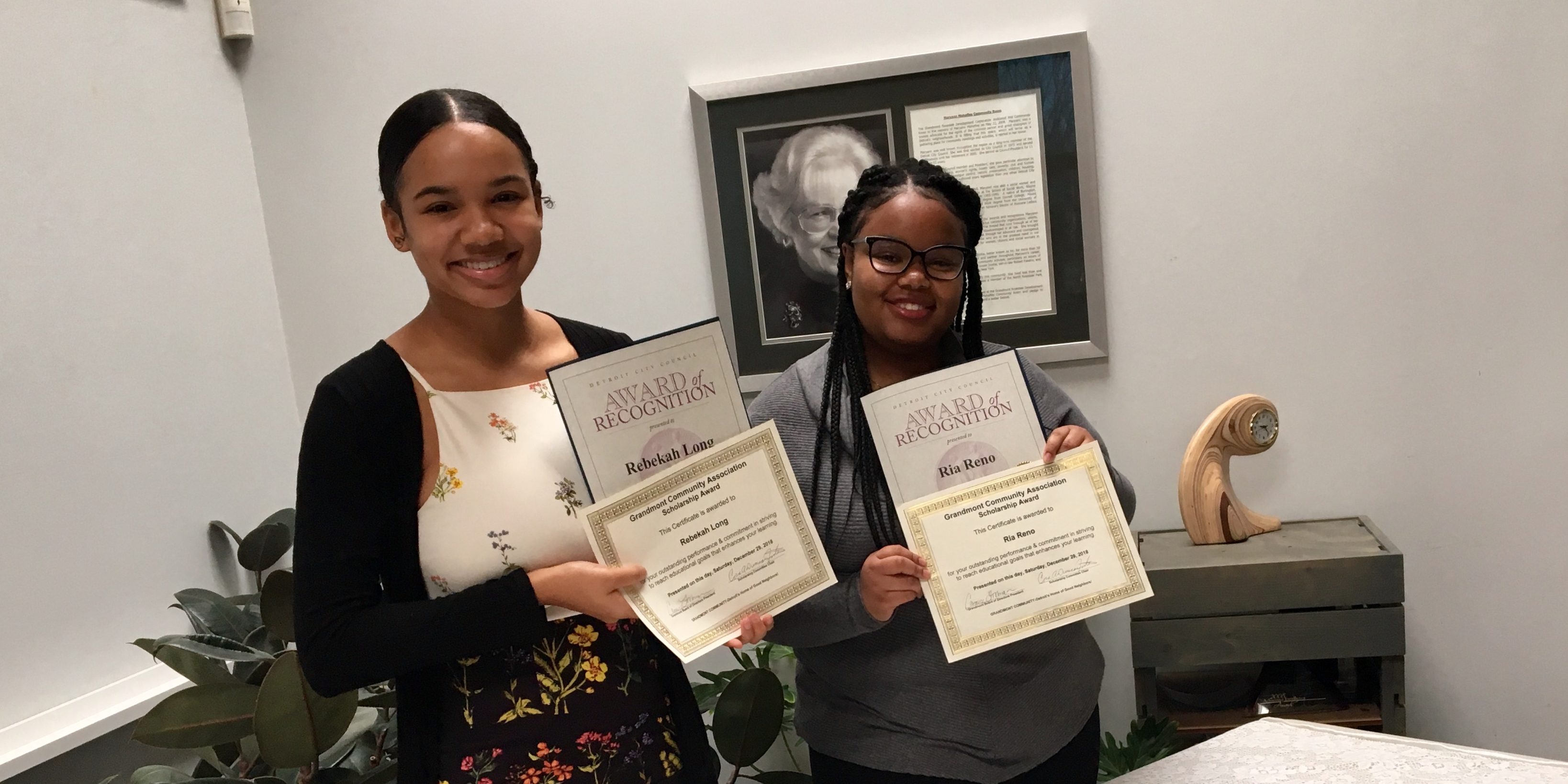 The Grandmont Community Association (GCA), handed out its 42nd college scholarship in December 2018 to Rebekah Long and Ria Reno. According to Cora Duncan-Foster, the GCA Scholarship Committee Chair, GCA is the only civic association in Detroit to award college scholarships. To Cora and all the members of the committee, these scholarships simply make good sense: “When we support our young people, it’s giving money back to the community.” The scholarship is funded by Grandmont community donations and proceeds from the Grandmont Arts and Crafts Fair that has been held every summer for nearly 40 years.

GCA SCHOLARSHIP, AN INVESTMENT IN THE FUTURE

Established in 1997, the members of the GCA Scholarship Committee seek to “reward the most able high school graduates in their effort” and “to ensure the brightest minds get the most education they can.” Scholarship applicants must demonstrate a commitment to the Grandmont community by volunteering and be interviewed by the scholarship committee. Both Rebekah and Ria volunteered at the Grandmont Arts and Crafts Fair. Next, is and during the interview process, spoke of their future plans as well as their understanding of the importance of community.

At the well-attended award ceremony, both young women spoke of their first year college experiences. Rebekah completed her freshman year at Michigan State University and has plans to pursue a career in medicine. Ria’s first year at Central Michigan University was challenging both academically and personally, but she did it. She too is working toward a career in medicine. As the young women told of their first year experiences, vice president of the GCA, Charlotte Wright, encouraged Rebekah and Ria to look to the members of the Grandmont community for future support, advice, and encouragement. “If you need help, just ask a Grandmonter,” Charlotte told the women.

Detroit City Council District #1 Liaison Aaron Hall presented Rebekah and Ria with certificates of recognition from the Detroit City Council. As someone who grew up in Grandmont, Aaron also offered encouragement and not a little neighborhood pride for the young women’s promising futures.

It is expected that when a young person is awarded a scholarship, parents and grandparents come to the presentation. It’s a real testament to community that so many Grandmont residents were there to watch Rebekah and Ria receive their scholarships. True to its motto, Grandmont is the “Home of Good Neighbors.”

To learn more about the scholarship and Grandmont events, keep in touch with GCA by visiting their website: grandmontcommunity.org. You can also like their Facebook page at Grandmont Comm Assoc: https://www.facebook.com/profile.php?id=100006701536396&ref=br_rs 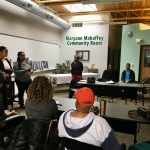 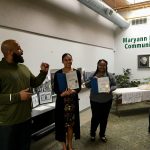 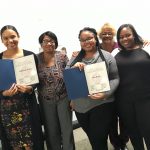 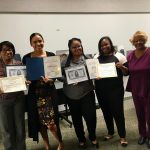 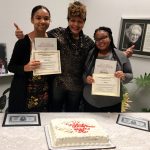 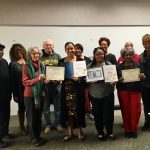