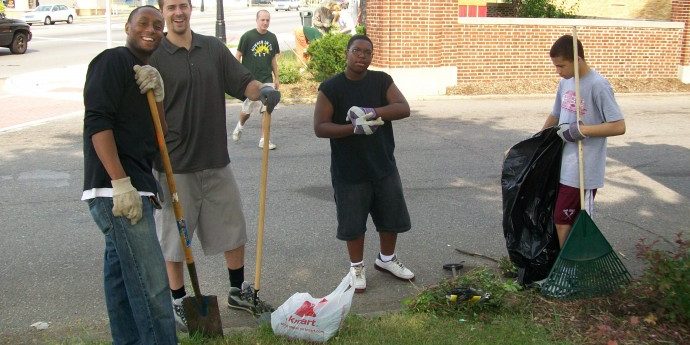 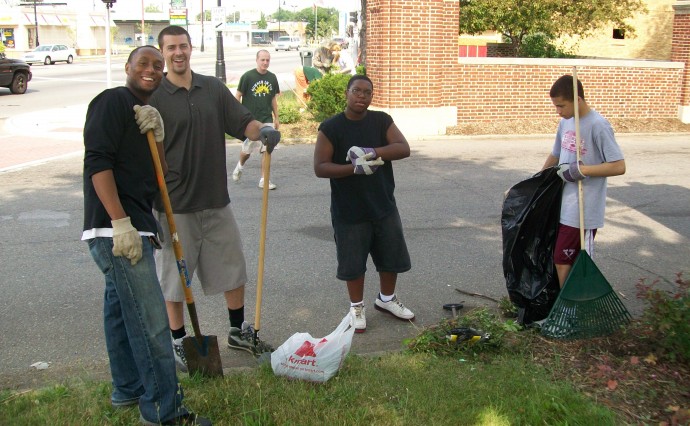 The Thursday, February 26 Neighborhood Safety Meeting featured a panel discussion on the topic “From Vacancy to Safety: Resources for You.” District #1 Manager Stephanie Young spoke with residents about vacancy issues that involve city of Detroit resources while GRDC’s Sustainable Communities Program Managers Chelsea Neblett and Becki Kenderes presented a perspective from GRDC’s Vacant Property Task Force (VPTF). The VPTF addresses existing issues with vacant property in the Grandmont Rosedale neighborhoods, and works toward preventive solutions. Many attendees at the Neighborhood Safety Meeting asked the panel members about the city of Detroit’s plans for vacant properties. Attendees learned a great deal about reasons for demolition, repair, and methods for code enforcement. Attendees were encouraged to become involved in this process to alleviate blight in the city of Detroit by becoming members of the VPTF. The VPTF has organized 200 vacant property clean-ups, 40 demolitions of unsafe structures, and just this past January, held a foreclosure prevention event that drew more than 100 people. Please see the VPTF flyer for more information about becoming part of the VPTF!

The Neighborhood Safety Meetings are held every fourth Thursday of the month with the exception of July and August. These meetings feature guest speakers on a variety of topics that affect residents of Grandmont Rosedale and all of Detroit. The meetings are free and open to the public. Mark your calendar for the 6:30 pm Thursday, March 26 Neighborhood Safety Meeting at the North Rosedale Park Community House, 18445 Scarsdale. The topic of this meeting is “How to File a Complaint with the Detroit Police Department.” See you there!

If you’d like to help the VPTF prepare for a Neighborhood Safety Meeting, contact Clarenda Webb at 313-330-7844 or clarendawebb@gmail.com.