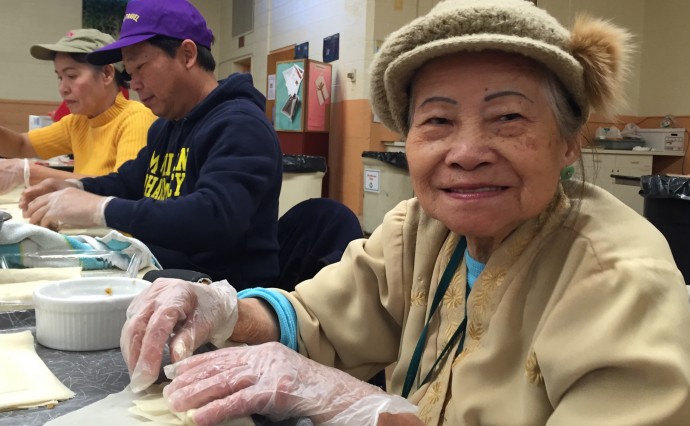 At the end of the Vietnam War in 1975, several Vietnamese families came to the United States as refugees to start anew. One of those families came to Christ the King parish on Grand River. The parishioners welcomed the Tran family and helped them become established in their new home in Detroit. The Trans were grateful for the welcome and unquestioned support. As a thank you, they made the entire parish homemade egg rolls. The egg rolls were a big hit, such a big hit that the family made them again the following year. Soon the project became quite an undertaking and the idea of turning the making of the egg rolls into a fundraiser for other families who need some help was born. The biannual egg roll fundraiser has raised thousands of dollars for families who need a bit of help to cover tuition costs at Christ the King School. The goal of the egg roll fundraiser is to raise enough money to pay for one student’s tuition for one year.

This year the egg roll making team made, packaged, and sold over 3900 egg rolls. That’s a very tall order, and there’s quite a crew who volunteers every year to help. The 50-60 volunteers, many of whom are Christ the King parishioners, are organized into stations. There is a group of volunteers who chop onions and cabbage, and clean the bean sprouts. Another, midnight crew, is the mixing team. Their job is to mix the chopped and cleaned ingredients for the morning’s wrapping and rolling team who typically come ready to work at 4 am. Once the egg rolls are rolled, the fry team goes to work. The piping hot egg rolls are then taken to the packaging team who puts them in cartons, keeping careful track of which are turkey and which are vegetarian. The vegetarian egg rolls are sold by the dozen, and the turkey egg rolls are sold by the dozen and individually. These 3900 + egg rolls are completed from beginning to end in under two days. This efficiency is the work of Helen Zervos. Christ the King parishioner, Helen started out ten years ago as a helper. As a restaurant manager, Helen couldn’t help but pay attention to the process, and, as she says, she “had some suggestions, ways to maximize yields.” You know what happens when you have some really great ideas for a large project like this, right? You get elected to be in charge, and that’s what happened. Helen has been the coordinator for this fundraiser for four years.

Many of the volunteers have been helping out for years. Some are former parishioners who, while they have moved away, willingly come back to help. According to Helen, there are many who “help out faithfully each time.” The family who made those first egg rolls so many years ago always helps out. In the first photo below, you see Dinh Tran helping out at the wrapping table. It was her family who made those first “thank you” egg rolls in 1986. Her grandson, Louis Phan is part of the fry team. He was eight months old when this process of making and selling egg rolls as a fundraiser for tuition started.

Egg rolls are made and sold twice a year, in October and April. If you’re interested in ordering fresh, homemade egg rolls, or if you’d like to help out, contact Grandmont Rosedale resident, GRDC board member, Christ the King parishioner, and member of the egg roll wrapping team Tess Tchou at raytesstchou@sbcglobal.net. 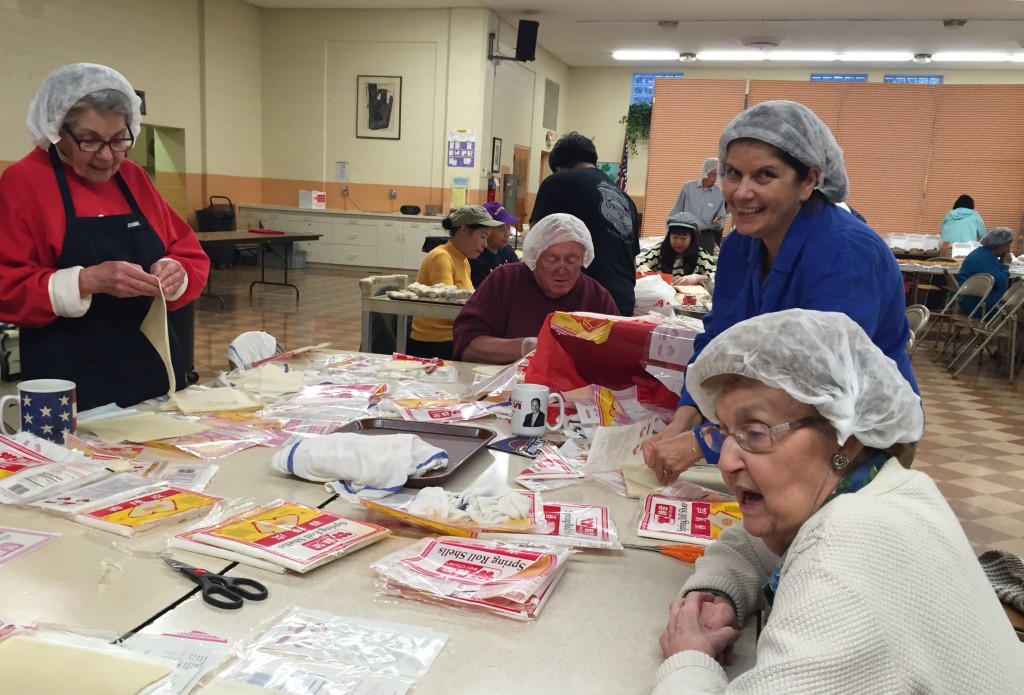 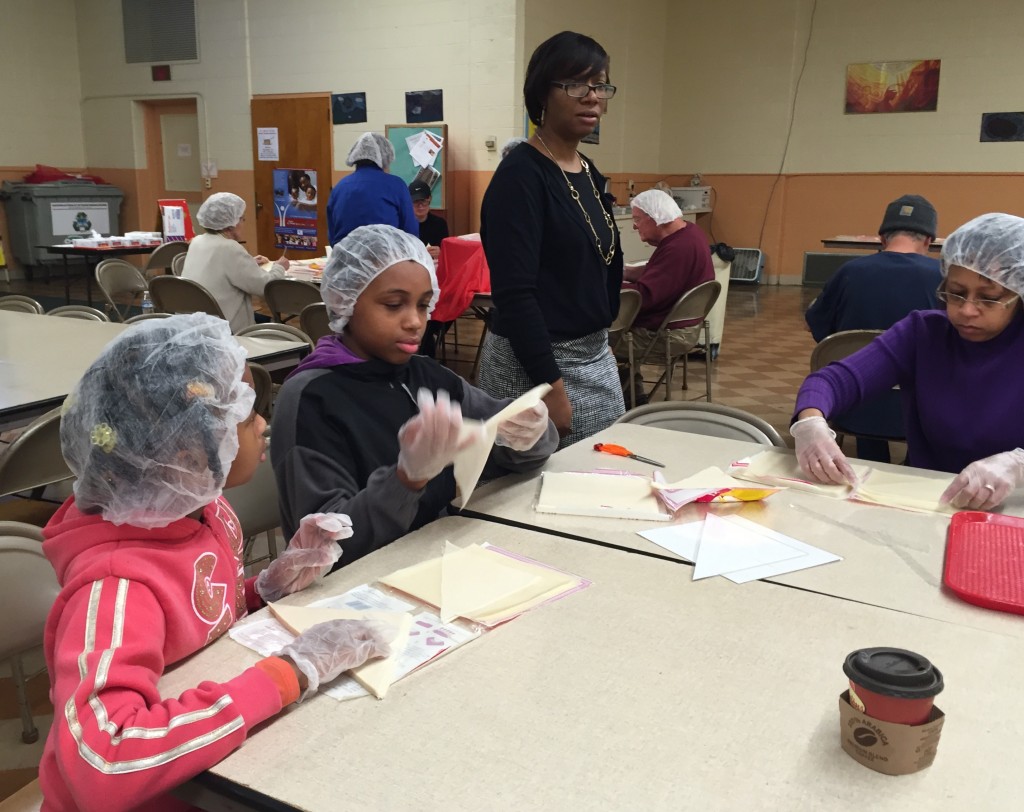 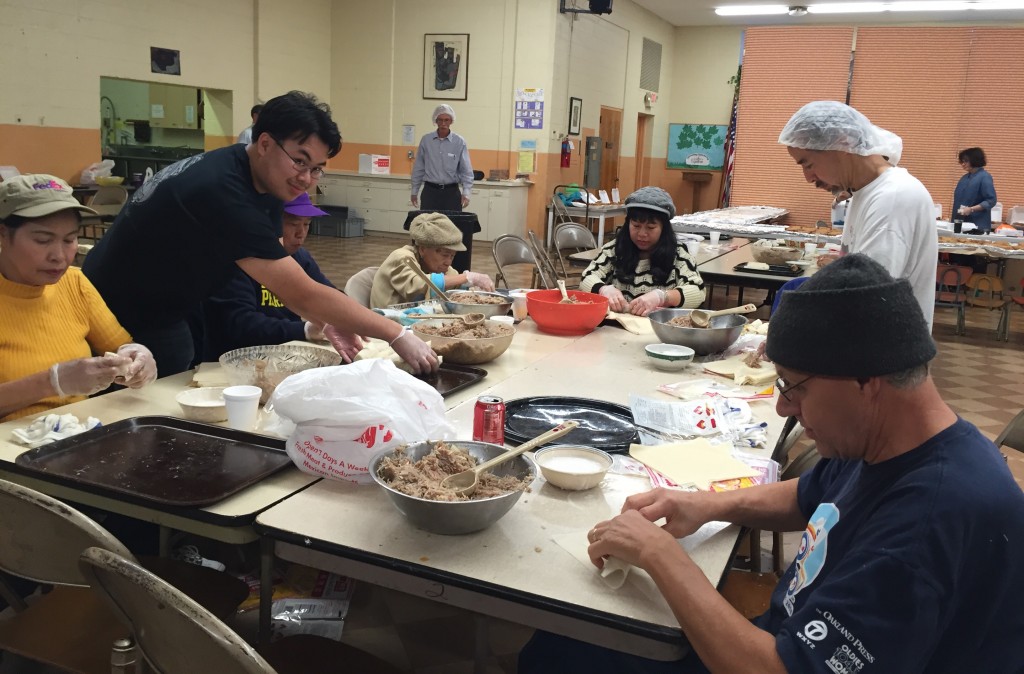 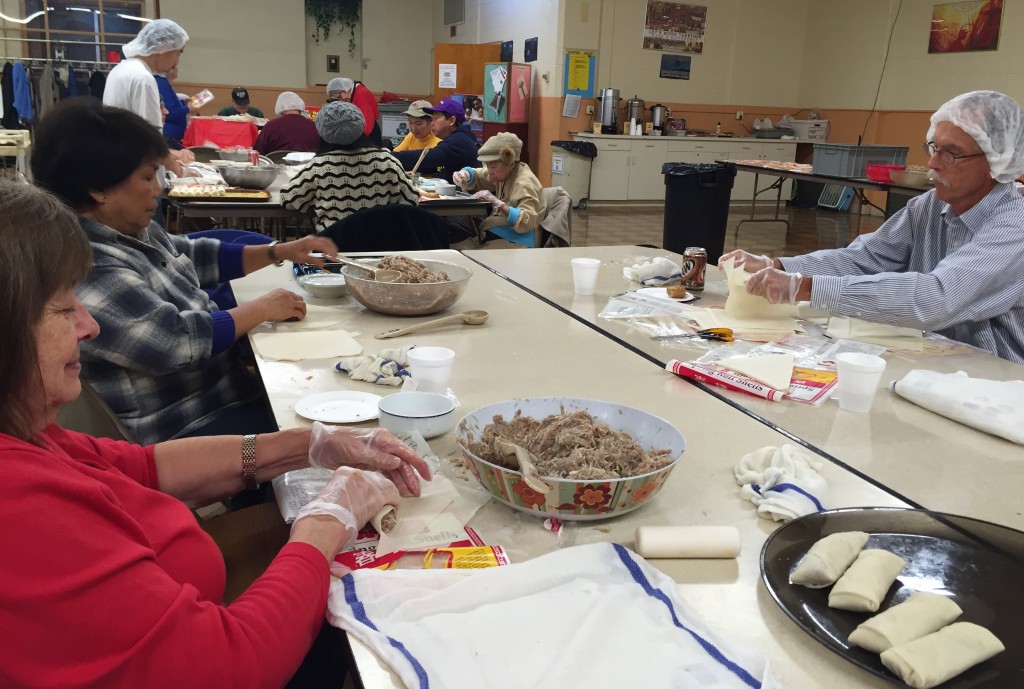 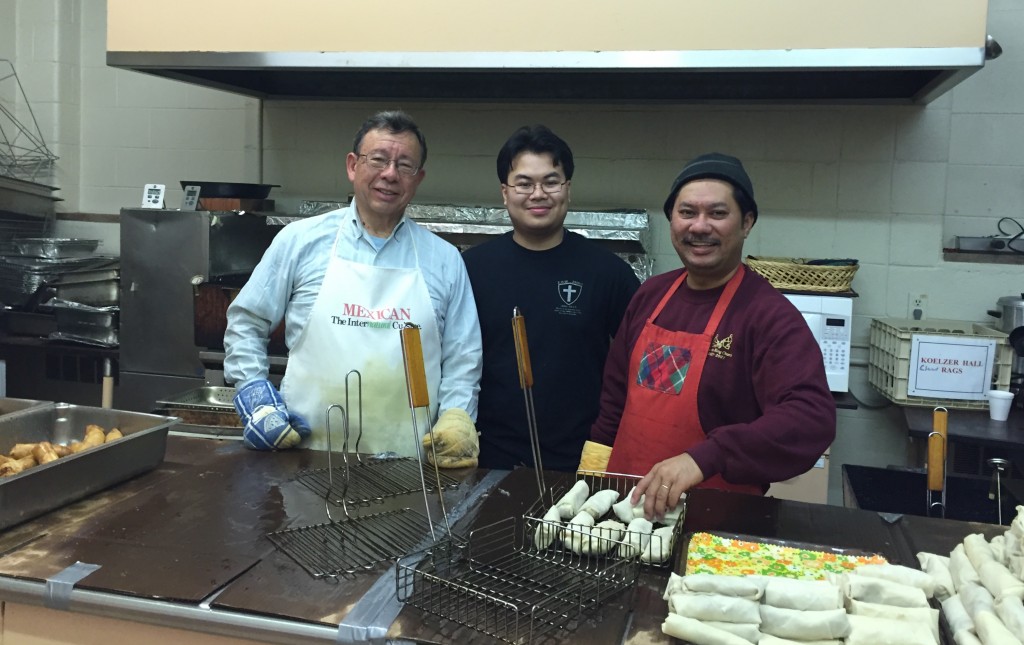 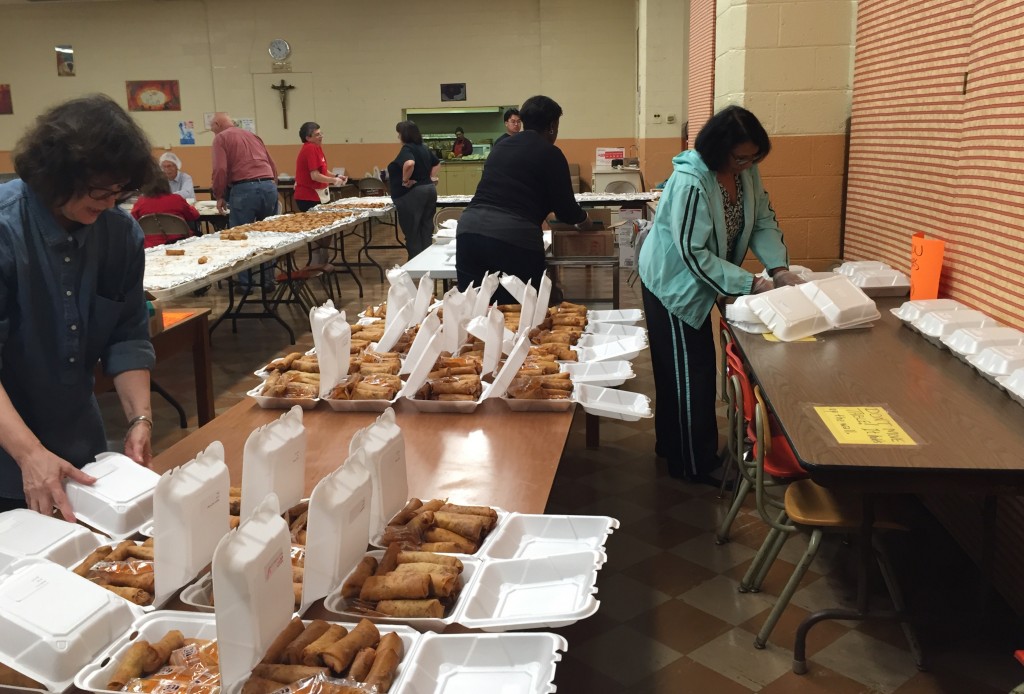