Build It and They Will Come! 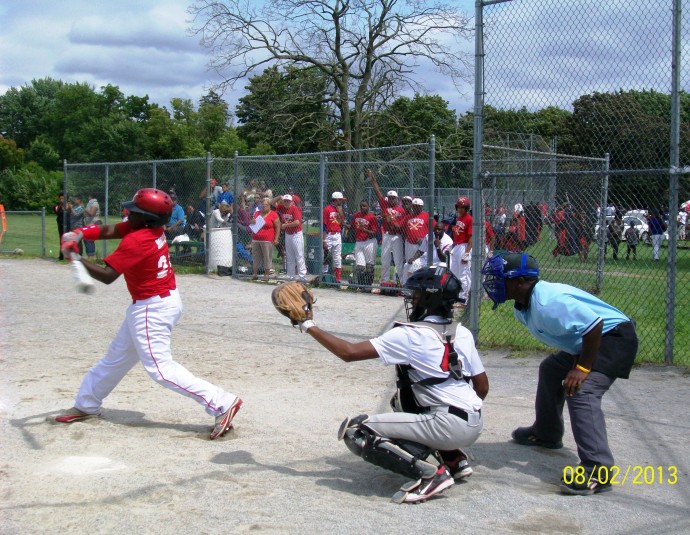 Just weeks after the completion of Phase One of the Stoepel Park No. 1 Baseball Field Improvement Project, the Rosedale Grandmont Little League hosted three divisions of the Detroit Tigers Hometown Championship. Teams from all across Metro Detroit participate in this tournament every August. The Rosedale Grandmont Little League sends several teams to play in the tournament every year, but this is the first time our fields have been in good enough condition to be able to actually host part of the tournament. We hosted all of the 13-14 year old teams and both divisions of girls softball. There were games played on all four fields all weekend long and the park was swarming with people.

The field improvements were a result of a partnership between the Rosedale Grandmont Little League, Grandmont Rosedale Development Corporation, Brightmoor Alliance, City of Detroit, Wayne County and a large group of funding agencies and in-kind donors. “It took a true collaborative partnership to get us to this point,” said GRDC Deputy Director Cathy Marshall, “a real TEAM effort. We truly appreciate everyone’s contributions. And it was so exciting to be able to host part of this tournament, on our own home field!” Special thanks goes to the Detroit Tigers. Along with a grant for the project, the Tigers also provided thousands of dollars worth of field maintenance services, new bases and new pitching rubbers. “The Detroit Tigers have been great friends of our league for many years.”

While we have made great strides with the baseball field improvement project, we are not yet done. We are still looking for funding to complete the following: moving the fourth field so that it doesn’t intersect with other fields, installing permanent foul poles, installing irrigation for the fields, and renovating the dugouts. Want to get involved? Contact Cathy Marshall at 313-387-4732, ext. 105.

To see photos from the day please click here!