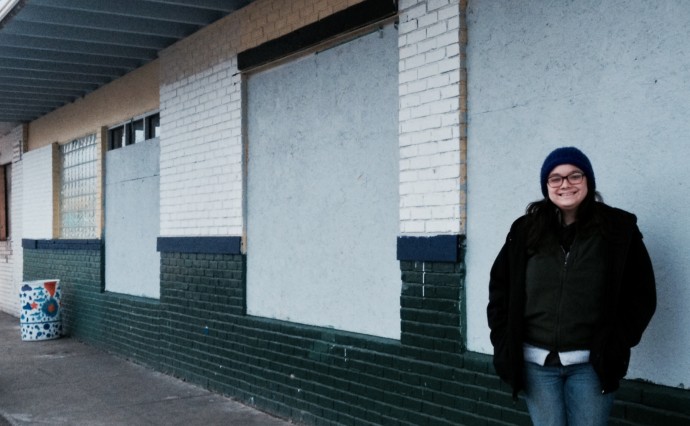 Sometimes deciding which idea to vote for at a Detroit SOUP is really hard. The people who pitched their ideas at the Grandmont Rosedale SOUP in December made the decision particularly difficult. From a soccer workshop for kids to supporting above minimum wage employment at a local business, choosing where to put one’s donated $5 was never so hard. But at the end of the evening, after the soup, salad and desserts were eaten, the ballots were counted and the Brightmoor Artisan’s Cooperative and Community Kitchen won the donated $1,000+ toward the renovation of a cooperative community kitchen in Brightmoor that they hope will one day be an important community resource.

The Brightmoor Artisan’s Cooperative and Community Kitchen puts an emphasis both on cooperative and community. The idea for this kitchen was inspired by the lack of easily accessible, affordable and healthy food for many Brightmoor residents, and the lack of business opportunities for those in the local artisan food business. The Cooperative purchased a building on Fenkell that was long in foreclosure and disrepair. Neighbors as well as volunteers helped take down bullet proof glass and cleaned up the grounds. These Brightmoor visionaries are working toward establishing a storefront café/restaurant where local food makers will also be able to sell their products and residents will be able to buy healthy food. Their vision also includes employment for Brightmoor residents, and cooking and nutrition classes for neighborhood adults and kids.

One of the Grandmont Rosedale SOUP pitchmen who helped convince the packed Grand River WorkPlace to vote for the Cooperative was Akiko Abe, former North Rosedale Park resident. Akiko’s enthusiasm for the Cooperative was apparent not just to the crowd at the December SOUP, but to anyone who asks her about the project. Akiko’s involvement in the cooperative kitchen began when her friend Gavin Buckley became involved in “wwooof-ing.” The international organization, World-wide Opportunities on Organic Farms (or WWOOF) offers room and board at sites all over the world to people willing to work on organic farms for a few hours each day. Gavin worked on Knucklehead Farm, former Grandmont Rosedale resident Riet Schumack’s farm and bed and breakfast in Brightmoor. Through Gavin, Akiko learned that the gardening community in Brightmoor “is an amazing community of involved people.” Simply put, Akiko was inspired. She has learned that inspiration needs to be accompanied by tenacity, hard work and creativity, and she has all three in abundance. Akiko is on the committee of about 25 people who work together to figure out a business plan for their cooperative kitchen. Together they vote on which grants to apply for, how they will engage the community, and how to best make the kitchen as sustainable as possible. When asked how well the group works together, Akiko replies that “it’s a group of strong-minded people coming together. There are a lot of people and opinions, but that that is a good thing.”  Such passion also serves as momentum.

If you haven’t visited Brightmoor lately, take a drive through. You will soon see that the community gardening movement has been around for more than a couple of seasons. If you ever get discouraged by blight or a bleak future for the city’s young people, let Akiko and her group of hard working people offer you hope for a brighter future that turns a blighted building into a community kitchen where people both young and old will be invited to share a meal, sell their homemade jam or shop for healthy food grown in their very own neighborhood, Brightmoor.