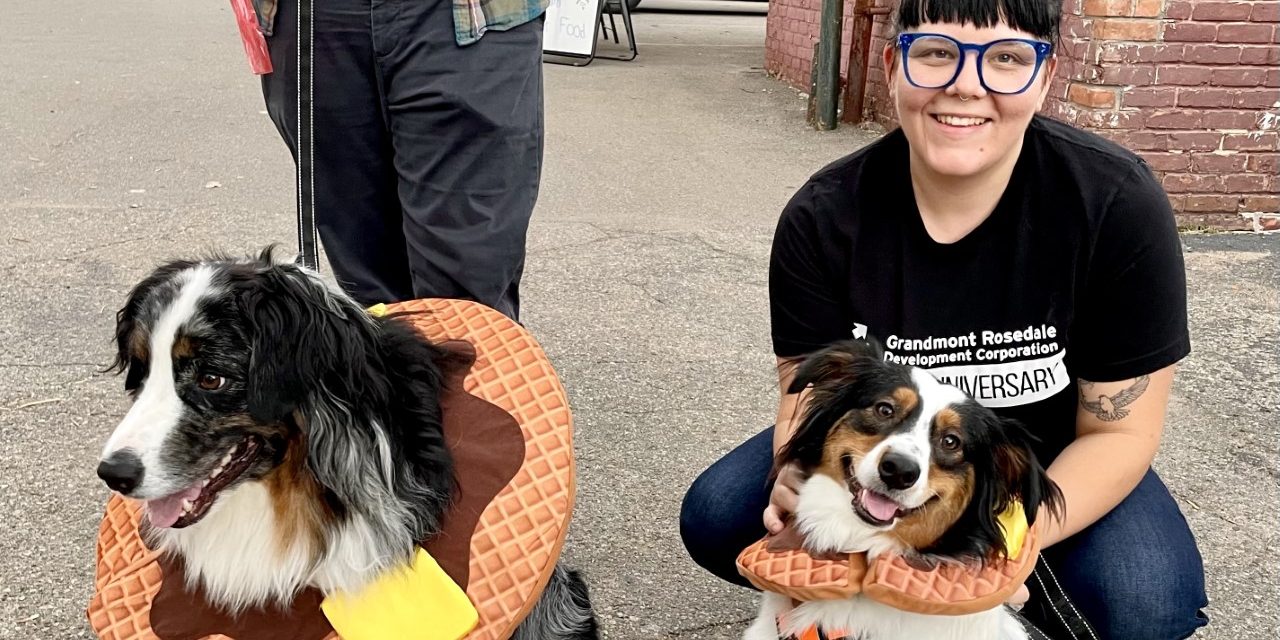 Many Grandmont Rosedale residents were thrilled to learn that Becki Kenderes as chosen as the Program Director at Grandmont Rosedale Development Corporation this past August. Becki first came to GRDC in 2011 as a University of Michigan School of Social Work intern. After her intern year, Becki managed the Sustainable Communities program for four years and served on the board of Community Development Advocates of Detroit (CDAD) representing District 1. One of Becki’s major projects as the Sustainable Communities Manager was the installation of mosaics on the dugouts at Stoepel Park. Thanks to Becki’s organizational and people skills (and a lot of hard work), the Rosedale Grandmont Baseball League has eight dugouts that are also beautiful outdoor art installations. Becki’s managerial position was funded to last just four years, however, and so in 2016, Becki reluctantly moved on.

MOVING ON FROM GRDC

Becki hired on as the Exhibitions and Events Manager at Detroit Artists Market (DAM), the oldest continuously operational non-profit art gallery in Detroit. While she enjoyed having a hand in supporting local artists, the fit wasn’t quite right. A lifelong animal lover, Becki then became the Community Solutions Manager at the Michigan Humane Society (now called Michigan Humane). Here Becki ran three community programs: Pet Pantry, the largest pet food bank in the county; Pets for Life, helping low-income pet owners with access to free vet care, education, and more; and Safety Net Fostering, housing pets temporarily while owners stabilize their living situations. “I really loved all that,” says Becki. “but there was not a lot of room to grow.” While Becki was not actively looking to leave Michigan Humane, “once the opening came up at GRDC, I knew I had to apply. I loved the dynamic of working with residents, alongside them, shoulder to shoulder, to solve problems.”

While her work at DAM and Michigan Humane was interesting and offered opportunities to learn and have an impact, When Becki was first at GRDC, GRDC’s Vacant Property Task Force, a resident-led initiative that addresses vacancy and blight in Grandmont Rosedale, recognized Becki for her commitment to the task force. She very clearly made an impact when she was here five years ago, and there’s no doubt that she will again, only this time as GRDC’s Program Director, she will have the ability to have a hand in more and larger projects.

BEING A GRANDMONT ROSEDALE RESIDENT (AGAIN?)

Becki moved to Grandmont Rosedale when she began working at GRDC in 2011 and stayed here until just about a year ago. A house in the Fitzgerald neighborhood came up for sale at a price she and her partner Matt could afford, and so they moved. Unsurprisingly, Becki began to learn what she could about her new neighborhood. She learned that Ella Fitzgerald was the name of the woman who founded the neighborhood – no relation to the jazz singer. In a gesture of commitment, Becki and Matt named their two dogs Ella and Fitz and their one cat Gerald. Becki feels the irony of moving out of Grandmont Rosedale one year before she returned to GRDC.

For now though, Becki is focusing on getting back to work in the community she loves. “I’m really excited about my new position. It aligns with what I was looking for; it’s a great next step.” Returning to Grandmont Rosedale is a return home for Becki. Many in the community remember the difference she made here and are happy to see her come back home. And who knows? If a house becomes available in Grandmont Rosedale, Becki and Matt may have to pack up again. Becki is certainly open to the idea. That may mean, however, that they will have to do some renaming of their pets, and get one more so that Grand, Mont, Rose, and Dale can join Becki and Matt in their new home.

To learn more about Becki and her earlier days at GRDC, read the 2015 Community Blog article: https://grandmontrosedale.com/becki-kenderes-community-development-advocates-detroit-board-member/