The Grandmont Rosedale SOUP winner is… 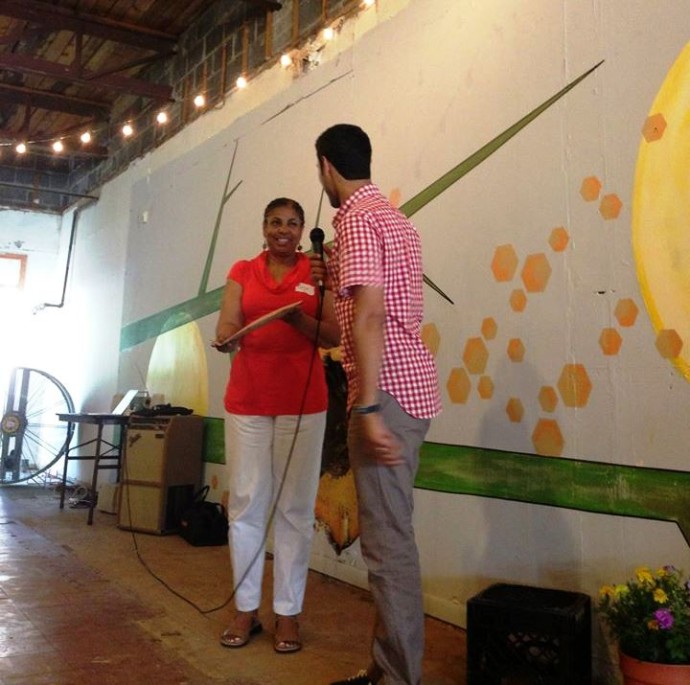 The inaugural Grandmont Rosedale SOUP event far exceeded expectations this past Sunday, July 21st.   Just over 150 people came out to support and vote for the community development project of their choice.  The crowd heard compelling proposals from four presenters seeking to fund projects, but the night’s winner was Dr. Conja Wright from the Redford Branch of the Detroit Public Library. Her proposal for Meditation and Reading Park was awarded $1,183.75 by the community! The project includes the development of a strip of land adjacent to the Redford Branch Library as an area to sit, read and/or meditate.

Thanks to all who showed up in support of the community. A special thanks to the Grandmont Rosedale SOUP committee – Amanda Brewington, Sarah Craft, Razi Jafri, Kevin Johnson, Becki Kenderes, Blake Maurice, Tom Ridgway, Sean VandenBrink and Liz Wroughton, muralist Susan VandenBrink and volunteers who helped paint. Also thanks to the generous cooks who provided soup or salad for the night – Karen Moore, Chris Ridgway, Phil Schloop, Darlene Taylor, Liz Wroughton  and Kenneth Wolfe.

For photos from the night please see the album here!