Si’Gees Clothing, a Neighborhood Boutique in Grandmont Rosedale Since 2004 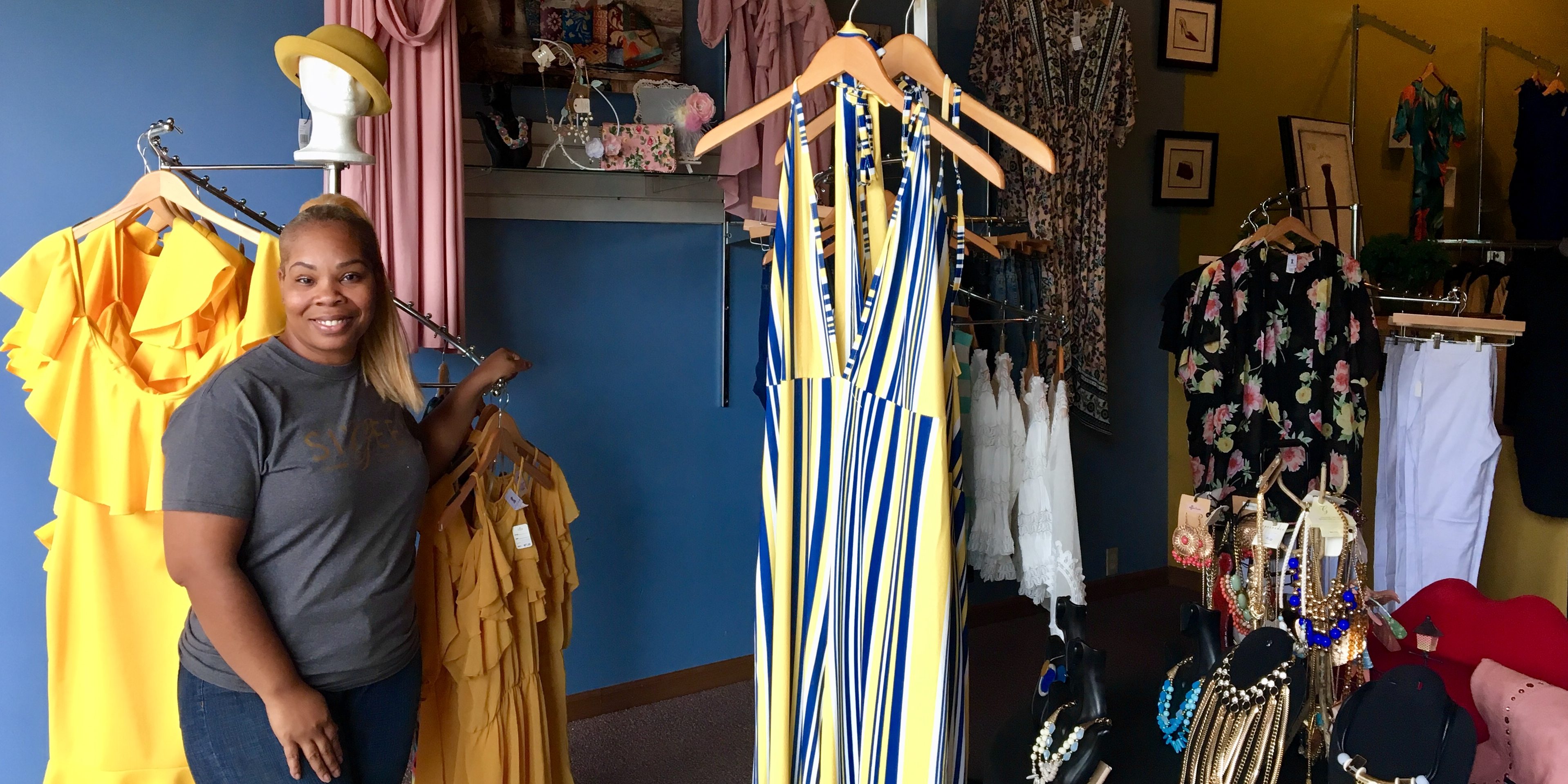 Tameka Jones, owner of Si’Gees Clothing at 19184 Grand River, grew up on the east side of Detroit where “we were raised to shop at neighborhood places. We could walk to the stores we shopped at,” Tameka remembers, “we could even run a tab. We knew everyone on the block and everyone knew us.” Shopping local is not a new idea, in fact, it’s an idea that has kept many communities vibrant for many years. Si’Gees (pronounced sigh-jees) got its name from Tameka’s husband Silas, whose nickname is Gees. Tameka wanted her business to be a family business like the ones she remembered, and this is reflected in the name of her shop. Si’Gees Clothing is a small, family business that involves everyone in her family not just as business partners, but as shoppers too. This business model, as old as Detroit itself, has worked. It hasn’t always been easy, but Tameka’s focus on family and friends in and around Detroit as a source of support and direction has kept her in business since 2002.

At 20 years old, Tameka started her first business with friends from Redford High School. It was a nail salon on Grand River west of Evergreen. Soon she added clothing to her salon. Many of her customers were friends and students from the high school. Tameka admits that she was “young to be a business owner,” and that she “didn’t know much about the business end” of having her own boutique. When she moved to her current location in Grandmont Rosedale in 2004, Tameka’s husband and sons helped redecorate the new space, her family and friends followed her to her new location, and even encouraged Tameka to expand her offerings to include men’s and girls’ clothing as well as accessories. There is no salon in her Grandmont Rosedale location, so Tameka could focus entirely on clothing. Eager to get started in her new shop with its new focus, Tameka went to a fashion show in New York City where she bought a lot of clothes for what she thought was a great price. “When I got them home, I realized that there were irregulars, damaged, or stained – I couldn’t sell any of them.” She had asked other boutique owners about the process of buying clothes, but they were not forthcoming. “This was before the Grand River WorkPlace,” Tameka says, “before there were workshops and information sessions to help people with this sort of thing.”

Tameka has learned much about running her own business the hard way, and having several children while owning her own boutique has added its own set of challenges. Juggling rides to school, field trips, and the many other needs of her three sons made it difficult to keep regular hours at the boutique, but Tameka’s hands-on approach with her customers has kept them coming back. With fashions arriving each week, there is always something new in the boutique, and Tameka knows her customers’ tastes and lets them know when something they might like has come in. As a shopper, Tameka has always enjoyed shopping at boutiques because of their flexibility and variety. At Si’Gees Clothing, customers are able mix and match outfits to their own tastes, creating a personalized look. “Customers can create outfits that are unique to them and of their own creation. It’s shopping as a creative experience, not just a time to pull out a wallet,” Tameka says.

The latest addition to Si’Gees Clothing is a little girls’ section of clothing and accessories. This addition was not entirely Tameka’s idea. After three boys, Tameka had a girl, Meia, now 6, and Meia needed no prompting to quickly become a part of Tameka’s shop. According to Tameka, “Meia has been dressing herself as long as she’s been able with a particular taste for pink and purple.” Meia also attends fashion shows with her mother, and has developed an eye for what’s new and beautiful. Once again, Tameka’s husband and sons helped out in renovating what used to be a storage space in the shop into “Meia’s Love Collection,” where Meia’s fashion picks for girls are displayed. Included in both Meia’s Collection and the entire boutique are several unique, locally created items such as hats, bags, and jewelry. “I want to encourage other local entrepreneurs,” Tameka explains, “so I’m happy to carry custom-made things.”

Because Tameka has learned so much about business the hard way, she is excited about the variety of supports offered at the Grand River WorkPlace. She is also excited about the GO Grandmont Rosedale campaign to identify the Grandmont Rosedale business community as a great shopping destination. While Tameka is grateful for access to business support, she does not have plans to change her business too dramatically: “I want to stay small so I can spend time with my customers.” Tameka knows just about everyone who comes into her store, and if she doesn’t, it’s only a matter of time before Tameka learns your taste and helps you choose something fantastic. “I like knowing my customers.” Like the neighborhood boutiques Tameka remembers, Si’Gees Clothing is a family effort and they’re a great team, and really, that’s what a successful small business is all about: Each member bringing what they can, doing the best they can, ever keeping the customer the priority. Tameka has recreated a boutique just like the ones she so fondly remembers from her childhood. Entering her small neighborhood business feels a little like coming home. 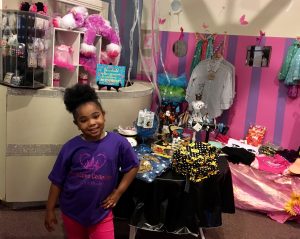