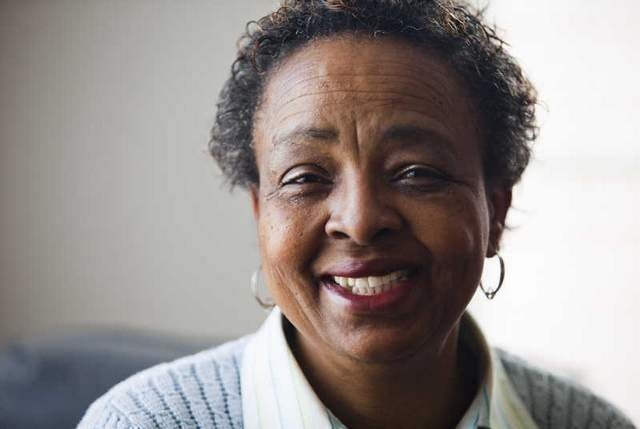 When Grandmont #1 resident Annie Mae Holt retired three years ago from her position as an eighth grade English Language Arts teacher in the Detroit Public Schools, she “was concerned that there wouldn’t be enough to do.”  Today, her days are filled with volunteering with the Wayne County Health Care Authority helping people register for health care and with Grandmont Rosedale Development Corporation (GRDC) on a number of initiatives.

Ms. Holt moved to Grandmont #1 in 1978.  With the establishment of GRDC 11 years later in 1989, Ms. Holt quickly “learned to respect the work and accomplishments of GRDC.”  Before GRDC, Ms. Holt “didn’t know about the neighborhoods outside of Grandmont #1”.  Now much of Ms. Holt’s time is spent on the GRDC Board of Directors, working on the Special Assessment District committee and with the Vacant Property Task Force.

Her service on the Special Assessment District committee is neighborhood collaboration that is working to enhance the quality of life in northwest Detroit.  “We have to make folks understand and support the Special Assessment District.”  The inclusion of snow plowing in our tax bill “will make all the neighborhoods better.  It will benefit everyone.”

This spring, on Saturday, March 29 Ms. Holt will also be participating in the Detroit Partnership Day.  In its 15th year, this day is devoted to a city-wide cleanup.  This isn’t her first year volunteering on DP Day, though, and she won’t be alone.  Along with her neighbors, Ms. Holt “will be back on Grandville again this year.  It makes such a difference!”  Three years retired, Ms. Annie Mae Holt shows no signs of slowing down.