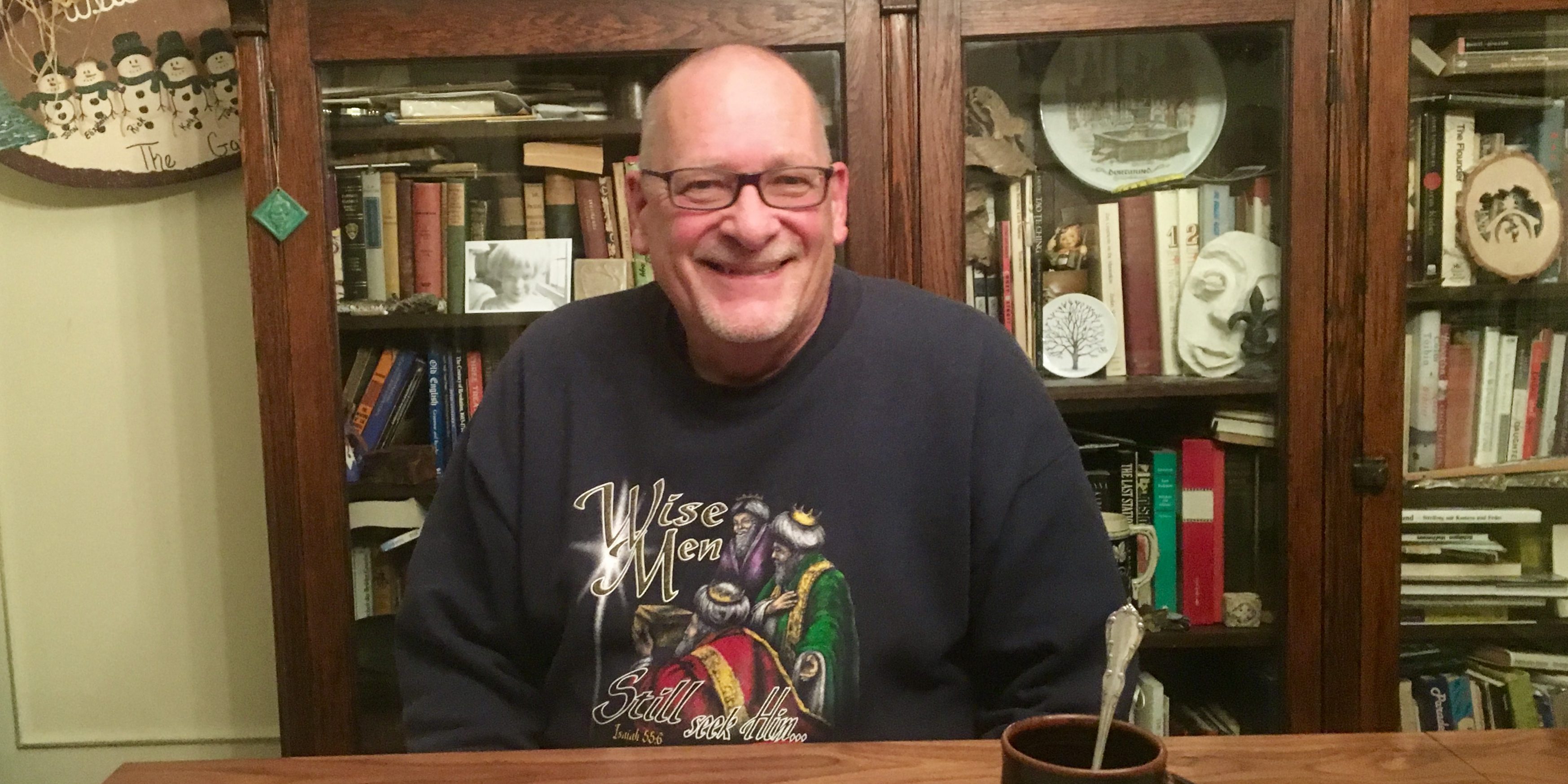 When Dave Siefker attended last year’s 45th Alumni Gathering of Detroit Urban Lutheran School/Detroit Christian Schools of Excellence, (DULS/DCSE), he thought “45 years – same old principal.” Through years of uncertainty, both financial and geographic, Dave has been a stable force leading high school and grade school students through the often tough years of childhood to early adulthood. It hasn’t always been easy, and Dave has not done this alone.

Detroit Urban Lutheran began in 1973. From its beginning to 1995 is was a k-8 school. In 1995 the school moved to another building at Greenfield and Joy and became k-12. Since then, DULS has been in nine buildings; the teachers, students, and Dave always followed. Dave makes it clear though, that his perseverance was inspired by the first teacher he hired, Ethel Session-Burton, another Grandmont Rosedale resident. The first time they lost the school building, Dave asked Ms. Sessions, “What should we do?” Ms. Sessions replied “We’re in this together, let’s ask the parents.” The parents loved the school, and asked “Can’t we just keep doing what we’re doing?” As Dave recalls, “We had no building, no money, but we had faith, seven teachers, and a principal.” This determination and support were often the forces keeping the school together as it moved from building to building.

A TEACHER LEAVES A LEGACY

The last time they had to move, in 2017, Dave again asked Ms. Sessions what she thought they should do. Again she responded with “Ask the parents.” They found another building and did not lose a single student. “At this point,” Dave says, “the parents knew we would figure it out.” When Ms. Sessions passed away in 2017, over 500 of her former students and fellow teachers came from all over the country to say their good-byes and to remember Ms. Sessions’ dedication. She taught 2nd grade, taught religion classes to the older students, and had put on 46 Christmas musicals. Ms. Sessions was in Kindergarten when Dave became principal “She was a part of the community longer than me. She was Detroit Urban Lutheran.”

With Ms. Sessions gone and the district office for Lutheran Schools in Detroit closed, many people assumed Dave would retire. After all, at one time there were 25 Lutheran Schools in Detroit, and now it was down to one, minus Ms. Sessions. Then, DUL was slated to close. It made sense for Dave to retire. Many told him “When you retire, find something you’re passionate about.” Dave already knew: “I’m passionate about k-12 Christian education in Detroit!” Just as he had many times before, Dave had parents, students, and teachers, one of whom was a former student. He thought about what he was going to call his new school, decided upon “Detroit Christian Schools of Excellence,” and opened just over a week after the old school closed. DCSE is in its 7th year with Dave as principal.

STARTING OUT ON AN INDIANA FARM

Growing up on a southern Indiana farm, Dave knew in 7th grade that he wanted to be a teacher. He was a good student and “it felt good to help the other students.” He was shy but loved learning. He did not like getting up at 4:30 to tend to his farm chores though, and so he went off to Concordia College in Chicago to study teaching. Other than a baseball game, he had never been more than 50 miles from the farm in Seymour, Indiana. His first position was principal at a Lutheran elementary school in Toledo where he was “custodian, youth director, basketball coach, and choir director.” After just a few years, Dave headed to Detroit Urban Lutheran where he learned that “It was ok getting up at 4:30 am because I was doing something I loved.” All told, Dave has been a principal for more than 51 years.

Dave believes the reason DULS/DCSE has kept going in spite of some nearly impossible challenges is because “everyone is welcome. The classes are small. No one says what we don’t have. Students support each other, both through good news and bad. It’s not a school for Lutherans. It’s a school for Detroit.” Besides, he’s got Ms. Sessions. He keeps a photo of her in his office. “I have a conversation with her every day,” he says. He’s been teaching her religion classes, and often tells Ms. Sessions stories, much to the students’ delight. “And when things get difficult I ask her, ‘How are we going to do this?’”

Detroit Christian Schools of Excellence is located at 19370 Greenfield. It is a non-denominational school that accepts students at all learning levels.