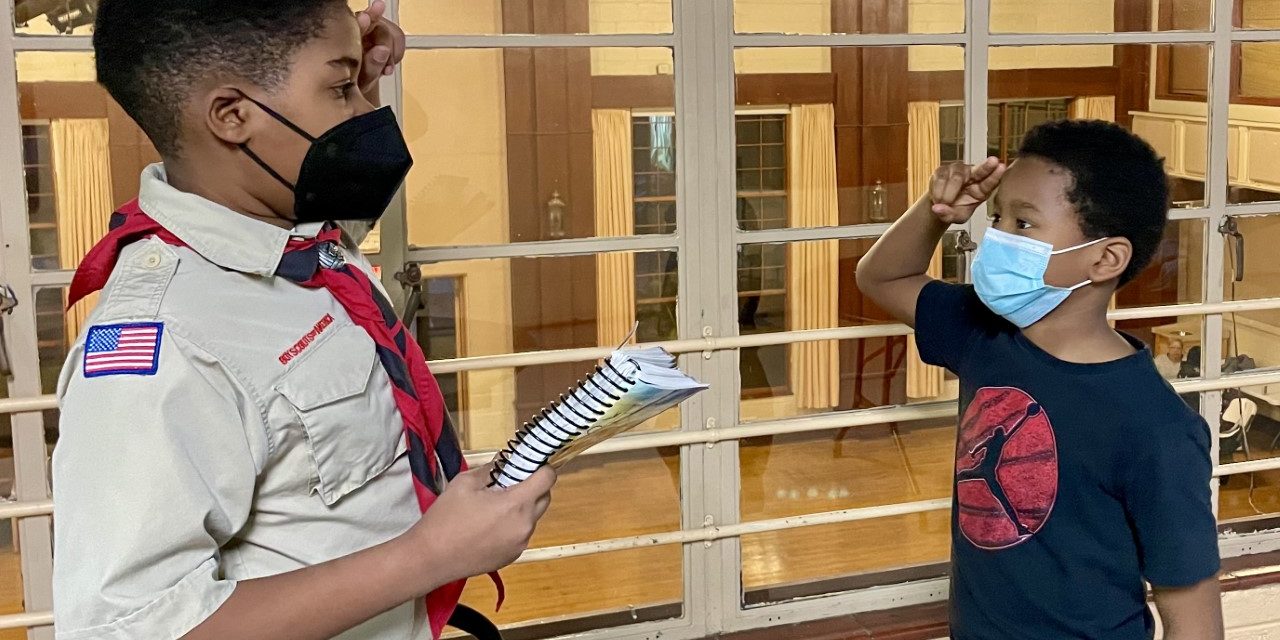 At a meeting in March, the nine young men of Boy Scout Troop 123 sat around two tables. The younger group was putting together personal first aid kits, and the older group was working out the details of their upcoming trip to Hocking Hills State Park in Ohio. This Trip Committee figures out how much food they’ll need, including the cost of the food, the timing of the transportation to and from the site, the camping gear and supplies they will need, and what other sites they’d like to see on their trip. These scouts have had experience with planning as they go on one adventure a month, and they had already done some planning for this trip when they planned their year’s adventures at the end of last year. Boy Scout Troop 123 has gone sledding, horseback riding, they took two trips to Mackinaw Island, they went to a Piston game, an indoor climbing wall, explored caves in Ohio, went to the velodrome near Eastern Market, and spent the night on a WWII warship in Muskegon. Along the way, they’ve earned merit badges for camping, cooking, horse grooming, hiking, and others. A particular favorite was the trip to Mackinaw where they got to explore the island on bikes and see all the other scouts who were there that weekend. They also really enjoy Scout Ranch, the scout summer camp in Metamora that many of them have attended for years.

The reason these young men plan, make first aid kits, research costs and locations, memorize the Boy Scout pledge, take on committee responsibilities, and don their uniforms twice a week for their meetings, is because they learn a lot. They also have a lot of fun. Many of these scouts have known each other for years. They grew up together in scouts. How they get to Troop 123 varies some. Some boys started out as Cub Scouts, and so moving to the Boy Scouts is simply a natural progression. Some were looking to be a part of something and found Troop 123 online. Two members of Troop 123 heard about how great scouting was from their dad Assistant Scoutmaster Fred Russell. Fred, along with GRDC’s Construction and Facilities Manager Tom Ridgway, became a Troop 123 scout when his parents moved to Grandmont Rosedale in 1974. Just how long Troop 123 has been around is a little murky. Scoutmaster and Grandmont Rosedale resident Kevin Johnson says there was “about a ten year gap” before he and Fred got Troop 123 up and running again. Tom figures the troop has been around and meeting at the North Rosedale Park Community House since the 1940s.

MATURING AS A SCOUT

This meeting in March was Kyle’s first. He’s also the youngest member of Troop 123. An older scout taught Kyle the Boy Scout pledge and salute. Kyle will hopefully have his uniform for the next meeting. The boys learn from and teach each other – skills they can take with them no matter the situation. Before moving on to the next level of scouting, the boys appear before the Board of Review, a group of four adults who are not their parents or their troop leaders, but the parents of other scouts. The adults ask them questions about their favorite scouting experiences, how they use the principles of Scouting in their daily interactions, which merit badges were the toughest to earn and why, and their plans for the future. 10th grader Grant Johnson told the Board of Review a story about how he coped with being teased some for being a Scout: “They’ll say ‘Boy Scouts, huh? Oh, yeah, cookies.’ ‘Nope,’ I say, ‘Popcorn. We do popcorn.’” He also talked about the challenges that come with managing his peers when he serves on the planning committee. Grant had some great advice for younger scouts or others who are considering becoming a scout: “Have a game plan. Know what you’re in it for and have fun!” “I love to see the growth in them!” says a Board of Review member and Scout mom, “How they’ve matured!” The scouts of Troop 123 learn skills that will serve them well long into adulthood.

Many people know the Boy Scouts as service oriented, and indeed their motto is “Do a good turn daily!” You’ll see Boy Scout Troop 123 at the Northwest Detroit Farmers’ Market this season helping to set up and take down, and they have helped out at the North Rosedale Park Civic Association’s annual Steak Roast for many years.

If you know of an 11 – 17 year old young man who, as Scoutmaster Kevin Johnson says, “loves to learn and have fun camping, canoeing, climbing, biking, cooking over open fires, and hiking,” let him know about Boy Scout Troop 123. Troop 123 meets the first and third Monday from 6:30 – 8 pm at the North Rosedale Park Community House, 18445 Scarsdale. Contact Scoutmaster Kevin Johnson at kjohnsonmi@prodigy.net or 313.549.7387 or Assistant Scoutmaster Fred Russell at ferj007@gmail.com or 313.590.3539. 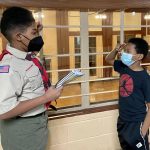 The newest Scout gets a tutorial. 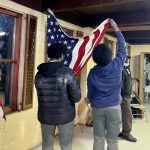 The meeting of Troop 123 begins. 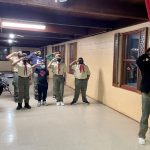 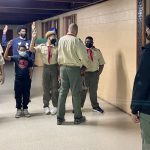 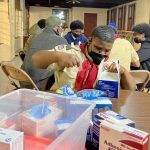 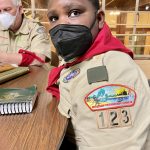 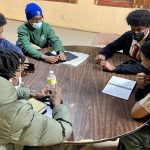 Making plans for their next adventure. The meeting of Troop 123 ends. 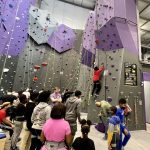 A cold hike at Camp Agawam. More fun at the campout.