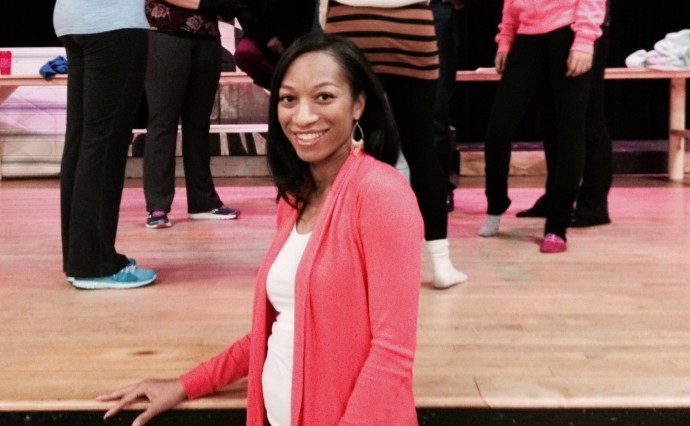 Elizabeth has her father, Rosedale Park resident Cornel Dickson, to thank for inspiring Elizabeth’s years of involvement. “My dad saw an ad for auditions for ‘The Wiz’ and thought I should audition for the role of the Mean Witch because he thought she had the best songs.”  Even though Elizabeth landed the role of Addaperle not the Mean Witch, she did manage to convince her dad to audition.  Cornel has been in “Ragtime” and “Dreamgirls.” Elizabeth sees her dad’s involvement with the Park Players as a great way for the two of them to spend time together.

As a corporate trainer for Green Path Debt Solutions, Elizabeth keeps pretty busy when she’s in a play. The bigger the role, the bigger the commitment. She has had big role in five different plays, and admits that it can be tiring, but the friendships she develops during production are worth the effort. She admits too, that after a final performance, when the actors and crew tear down the set, there is some sadness. The sadness doesn’t last long, however, for once the actors and crew have a couple of months off, they know that the call for auditions for the next Park Players production is coming soon.

Elizabeth is really looking forward to the Park Players production of  “The Addams Family.” She is especially looking forward to the audience’s reaction: “It’s a funny, quirky show with great music, strong leads and a terrific chorus.” If you drive by the North Rosedale Community House in the evening, you’ll see the lights are on. There are actors, stage crew, directors and even the president of Park Players herself, Elizabeth Dickson, working hard to make “The Addams Family” another excellent production by Park Players – another in a long, long, 60 year run of great community theater by a theater company that knows that maintaining the “community” part of community theater is just as important as putting on a good show.