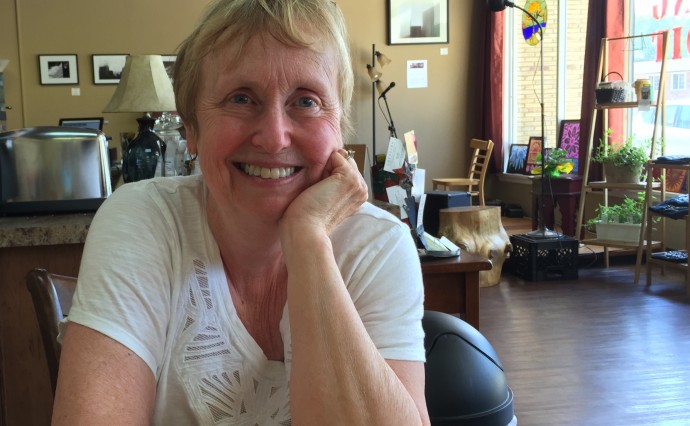 Fourteen years ago, when Bonnie Halloran’s two girls were about 5 or 6 years old, Bonnie was teaching anthropology, trying to piece together a living as a member of the adjunct faculty at four different schools. As if the travel to the different schools, working with the different school systems, keeping on top of class preparation, grading, and looking after her kids wasn’t enough, the group trying to organize the adjunct faculty at University of Michigan Dearborn asked Bonnie if she’d consider being the president of the union. Understandably, Bonnie said no because, as Bonnie says, she “had young kids and not enough time.” After the third ask, however, Bonnie said yes. Bonnie had no previous experience working with unions, but soon discovered that she “really liked organizing and talking to people.” Bonnie discovered that she not only enjoyed learning about her colleagues’ concerns, she was good at it too. The adjunct faculty at UM Dearborn successfully organized and Bonnie was there at the first negotiations. As president of LEO, (Lecturers’ Employee Organization), at UM Dearborn, Bonnie helped negotiate the first contract that gave the lowest paid faculty a 40% raise over three years. As president of LEO, Bonnie went on to assist in the organization of faculty unions at Michigan State University, Wayne State University, Eastern Michigan University, Henry Ford Community College, and Central Michigan University. Bonnie’s efforts to bring a just wage to adjunct faculty earned her the Father Clement Kern Service Award. This award reflects Father Clement Kern’s activism from the 1950s through the 1970s in Detroit on behalf of textile workers, auto workers and waitresses. The award recognizes the importance of those working in the labor movement for just wages.

For the last several years, Bonnie teaches just one class at UM Dearborn, but she remains the president of LEO. The class she teachers is not a typical anthropology class. Bonnie has learned so much about class, race, and gender divisions as a result of her union activism, that the class she teachers now is entitled “Power and Privilege in Southeast Michigan.” Taught from an anthropological perspective, Bonnie takes students who might otherwise have no exposure to the struggles of marginalized residents of Detroit and gives them experience working with the Detroit Eviction Defense, (DED), an organization that works to keep people in their homes. After spending a good deal of time studying the history of racial, economic, and gender issues in Detroit, students are required to attend DED activities such as fundraisers, legal defenses, court hearings, and meetings. The students then write about their experiences, making the connections between social divisions and injustice. For many of her students, this is their first time in Detroit, the first time they have thought about just how injustice happens and to whom.

Bonnie learned a good deal about community activism by living in Grandmont Rosedale. A long-time member of a babysitting coop, a frequent volunteer at community events, and at her daughters’ school, Bonnie realized since moving to Grandmont Rosedale in 1976 that it’s the people of a community that make a community function. It’s this importance of active involvement that Bonnie teaches to her current students. “I can’t ask for a better teaching experience,” Bonnie says, “and that’s why I teach.”