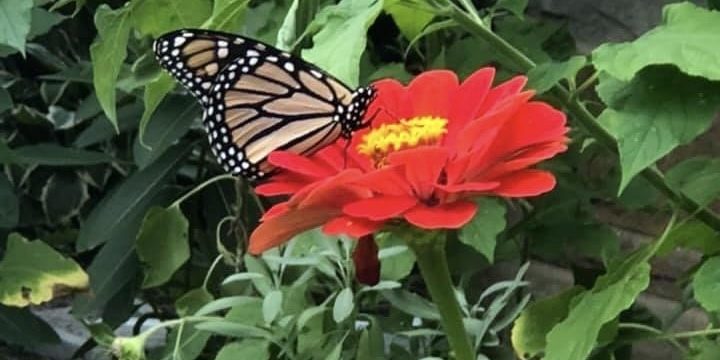 Back in August I got a chance to speak with Jennifer Russell and Glenn Woodard just by pure chance. I was walking with my mother and Aunt Martha on Warwick in North Rosedale Park. We stopped to admire this frenzy of activity in front of what looked like a model home for the environmental movement. Picture a two-story colonial with the garage tucked on the side and plumes of color in front of the living room window, with butterflies and birds floating on the top of each flower. Upon closer inspection there were solar panels all over the roof and what looked like a row of rain barrels on the side. We must have been standing there for some time as eventually someone came outside to greet us – a woman with two little boys in tow. Having introduced ourselves we would soon meet her husband and find out that this side of the house was nothing; there was a farm behind the house.

Jennifer and Glenn, along with their two boys, moved to North Rosedale Park in 2014 after having lived in Grandmont #1, their first home in Detroit. Jennifer works in communications, even calling the Grand River WorkPlace her place of operations for a bit, and Glenn is a pilot. After our initial chance meeting we committed to speaking again soon so I could interview them. On what turned out to be a very rainy afternoon about a week later, I walked on over.

My first question was about the garden, and Glenn dove right in. According to Glenn, the family likes to “refer to it as a ‘pandemic’ sized garden,” mostly because there has been a lot of spare time at home that initiated the garden expansion.

When they moved in, their yard was full of bindweed and Canada thistle, and lots of clay soil, so most of what you can see had to be dug through with a pick-ax. From there, they started out with a couple raised beds, and over the course of six years, Jennifer and Glenn added several points of interest, including but not limited to: pollinator plants, sunflowers, compost bins, rain barrels, more solar panels, an umbrella clothesline, and most importantly…food. Not all of it was ready to eat of  course, but most of the back yard was occupied by an edible garden. Squash, lettuce, tomatoes, corn, pumpkins, beans, peppers, eggplant, potatoes, cabbages, and a variety of herbs. Nearly all of the food grown was successfully and promptly eaten or shared amongst friends, although they caution against growing squash because according to Glenn, “once it starts it doesn’t stop” and there is no shortage of pests.

Along with a few unwelcome pests there are more than a few welcome species as the backyard has “become an oasis in the city, in the green desert” as Glenn puts it. An oasis for grasshoppers, bees, butterflies, and hummingbirds. Of course Detroit isn’t a sand pit; if you look at google maps the city looks pretty green, in part due to its low density and abundance of residential parcels. But as anyone could tell you most of that green space is taken up by turf grass that doesn’t support a lot of biodiversity. If there aren’t flowers to pollinate, the humble butterfly has no reason to visit your house.

When asked about the reaction from neighbors Glenn chuckled and said “when you give them plants and produce they really appreciate it… it’s always nice to have something to give somebody, and it’s always nice to see what people are enthusiastic about.”

Neither Glenn nor Jennifer grew up gardening and came to it later in life. They are both self-taught. After the airline industry “went upside down after 9/11”  and Glenn was laid off, he took a trip to the hardware store. While going through the aisles the seed display caught his eye so he “stopped at the rack of seed trays and  grabbed one, and another and then another.”  Before he knew it, he was a gardener. Nearly 20 years later, both Glenn and Jennifer are teaching their boys the basics, which includes identifying butterfly eggs and knowing how to use a potato cage.

What the family is really passionate about is looking to the future. Glenn describes how their family wants to “cultivate enthusiasm on the block” so that if they “can get some of the neighbors interested enough, and organized well enough, [they] can start sending the excess over to a food bank.”

Beyond cultivating interest on the block, a big motivator for installing the solar panels and expanding the garden has been to shrink their carbon-footprint, as it is something the family cares about a great deal. Glenn describes his “version of liberty [as] being free from the fear of what we’re doing to the planet”.

THE WIDE REACH OF GARDENING

Of course “it is always a work in progress” and “it’s not the greatest system, there is some tweaking to be done” but overall the garden is a reflection of how they want to live as a family. Knowing what they are eating is as fresh as possible; it all plays into doing “the maintenance up front instead of on the back end” which is about being proactive in your own health before you start experiencing the ailments associated with getting older. The whole philosophy can be summed up by realizing that together we are “all so very removed from the source of our food to the impact that we have. If we were to funnel the whole concept of what we do in our backyard right through to our diet in an effort to “preserve our health it would also benefit the community and the planet.” The idea is all about seeing the connections between where food comes from, health, and appreciating the Earth for providing such abundance.

Jennifer and Glenn are trying to teach their kids about how a “garden is not a supermarket in terms of how you interact with it,” as there is a limited selection based on the seasons, but at the same time it’s “hard to quantify not having to go to the store”.

Jennifer and Glenn would love to start “a community level effort to look at our property not as showpieces but as potential farmland,” to have a “highly detailed, coordinated plan to ensure that no child in this city goes to bed hungry.”

In conjunction with this communal effort, the family realizes that COVID has put stressors on the school system. This has created the possibility to build “an intellectual market for gardening,” so that “children would grow up not with a ‘I’ll buy everything I eat at the store mentality’ but with a ‘this is what we grow’ mentality,” never forgetting that we live in a  “magnificent laboratory.”

To all the motivated neighbors out there, Glenn’s advice is to “start with a little herb garden, mix in some flowers… stuff that grows back,” stuff like kale or chard.” Overall, “keep it manageable.”

Having been the recipient of a few of their tomatoes I can tell you there’s a sense of community that forms from sharing the abundance of a garden with my neighbor, not to mention the tomatoes were delicious, definitely sweeter and tastier than anything I’ve found in a grocery store.

As our days become shorter and our nights become colder, we can start to plan for the warm weather. Maybe you’ll start an herb garden. Maybe next year you’ll bring a box of produce to a neighbor or to the local food bank, and maybe, just maybe, you’ll change the way Detroiters feed themselves. The future is bright, and nothing important was ever achieved from thinking small. 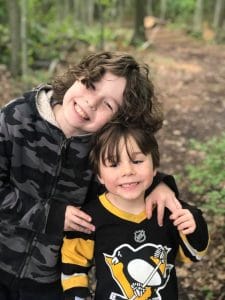 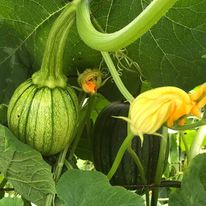 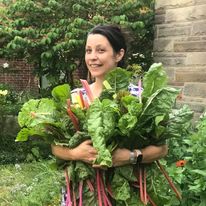 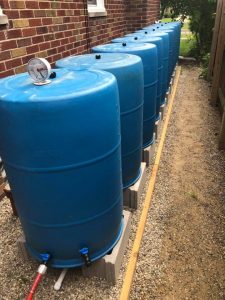 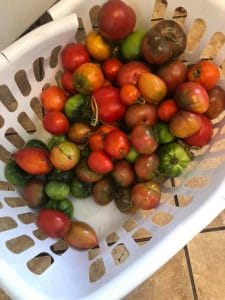 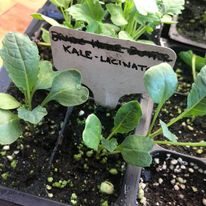