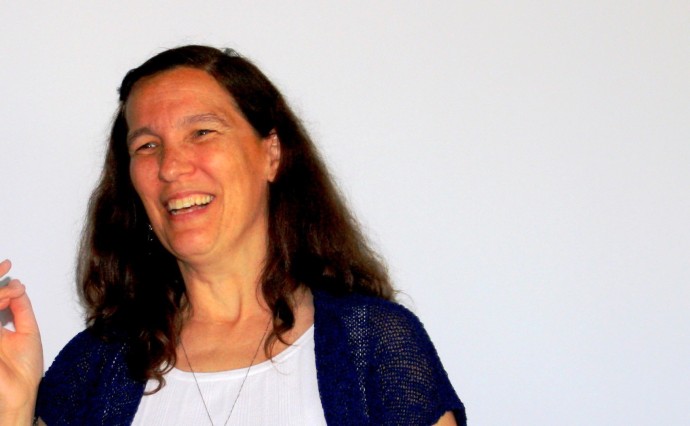 In May, after more than 17 years, Cathy Marshall made the tough decision to leave GRDC.  While the decision to leave was difficult, Cathy counts these years at GRDC as some of the most meaningful of her career.

Familiar with GRDC’s success, Cathy began to seek a position at GRDC once she moved to North Rosedale Park in 1995. She was initially hired as a part-time Special Projects Manager. At the time this arrangement worked nicely.  Cathy had two small children and, “another on the horizon.”  Several years later, Cathy took on the greater responsibility of Deputy Director.  During her tenure as Deputy Director, GRDC greatly expanded its programming, staff, and influence.  Cathy was an important part of that growth.  One of her fondest memories is of GRDC’s first playground renovation.  In 1999 GRDC partnered with the North Rosedale Park Civic Association to renovate the playground at the Community House.  Supporters both within and outside of the community contributed, fundraisers were held, playground contractors were hired, and kids’ ideas were collected.  Finally, on a beautiful spring day, there was a ribbon cutting.  Cathy remembers that “glorious day.  I was 8 ½ months pregnant, we had raised way more money than we thought we would, kids were swarming the playground, and everyone who worked on the project was gathered around.  I was so proud.”  GRDC went on to help renovate five more neighborhood parks and school playgrounds.

Another, more recent ribbon cutting she remembers fondly was the opening celebration of GRDC’s new building.  GRDC firmly established itself as a fixture in the community with the move to Grand River.  “We wanted to be more central and visible.  We took a huge risk buying, renovating and moving here.  Lots of people came to the grand opening.  It was such a festive atmosphere.  I loved that day.”  It’s possible that neither ribbon cutting would have happened had Cathy’s infectious enthusiasm and optimism not been a part of both projects.

Leaving GRDC was not easy.  There was a small gathering of GRDC staff and board members who celebrated her years in the community.  There was evidence of the affection many have for Cathy in the photos, balloons, simple gifts, hugs and farewell video.  At one point Cathy shared how she felt about her years at GRDC:  “The staff, the Board, the volunteers, the donors – everyone has been so wonderful to work with.  I feel truly lucky to have landed in the middle of such a fabulous group of people.

Cathy has moved on, but don’t be surprised if she shows up at a ribbon cutting or a grand opening.  Like Grandmont Rosedale, GRDC is family.  You’re always welcome back home.