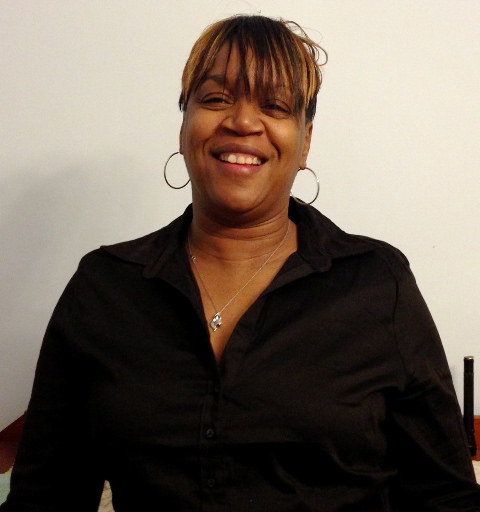 Watching out for her neighbors is something Renee Hill feels called to do.

“To be honest,” said Hill, “the reason I do this is the spirit of the Lord.” Her faith is something that keeps her going and has given her strength through the years. It’s also been her inspiration.

For the past four years, she has spearheaded a summertime block party that is, in her words, a carnival for the children.

“I hire entertainment, bands, bounce houses and horseback riding for the kids,” she said. “And there is food. Not just finger-foods, but I cook slabs of ribs and side dishes.” Mrs. Hill caters events in addition to her regular job.

“We have a good time. It’s orderly, peaceful. Whoever shows up can eat,” Hill said with an easy smile. “It’s an opportunity to get to know who is among us.”

“I take a leadership role,” she said. “In cruising the streets, I focus on the driveways to see if anyone is in the back of the home who shouldn’t be there. If that happens, I start a round robin with the telephone. I also take a really bold approach, sometimes risky.”

She makes it her mission to get to know her neighbors, and has been known to approach strangers if she thinks they should not be here.

“I’m into protecting my neighborhood. I’m tired of the riff-raff,” said Hill.

A 26-year resident of Warwick Street, Hill moved in as a single mom who had just lost her husband in a robbery-homicide. Nine months pregnant with their second child, she moved in.

“There are no homes built better in Detroit then the ones around here,” she said.

Now Mrs. Hill is an aspiring law student, mother of six children aged 33 to 14, grandmother to nine, and wife of Detroit firefighter Reggie Hill, all of whom she is extremely proud. She is a self-proclaimed compulsive shopper and loves to help people out with her purchases, relaying a story about a neighbor who needed a punch fountain for a shower that she just happened to have.

She has a lot of personal and community goals. As an aspiring law student (she toured Cooley in March), she has worked in a corporate law firm for several years. She is passionate about her family and her community.

“I’d like to remain steadfast in my ability to raise my children successfully,” she said. I tell them they are like Ford, Chrysler and GM – we need to build a good product so there are no recalls,” she laughs. “I’d like to get my law degree and continue to be the person I am, who loves my family and to reach out to those who don’t have family support.”

She has dreams for her neighborhood too.

“I would like a return to yesteryear,” she said, “ where the community would look out for one another. Where there is no black or white, green or gray. We would just help each other out, regardless.”

“I would like to see our police men and women come back in full force,” she said, “with prompt responsiveness,” Mrs. Hill said.

Renee Hill wants what many Detroiters want: “That we are all of one accord to live in peace and harmony,” she said. “I refuse to live in fear.”

That kind of energy can lend hope to even the most cynical among us.